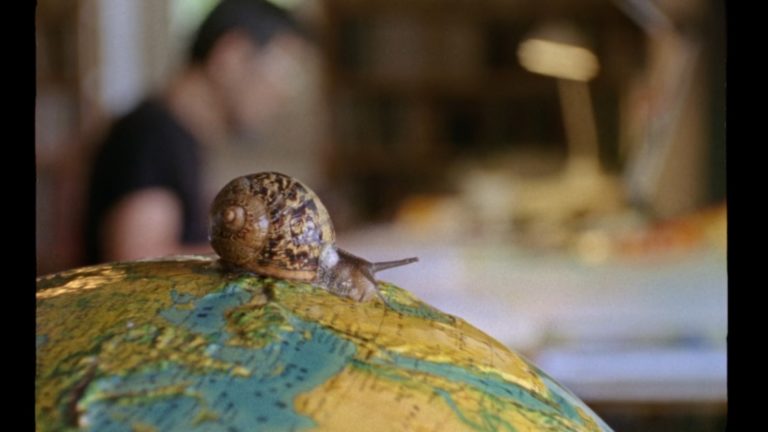 There is a deep relationship between travel and memory, an imaginative universe of senses and experiences that time slowly fades into rarefied and unreal memories, yet so profoundly important in individual formation.
The World When You Were My Age is a travel documentary film, sincere like few others: a diary of a journey that has already been, 50 years before. Told by the almost 80-year-old Jiro, through a father-daughter dialogue (the director Aya Koretzky), in which photos, memorabilia, and the old diary of that journey that from August 1970 until July 1971 changed the Jiro’s life.
Through Russia, Europe, North Africa and the United States, with a significant period along the “south”: southern Europe and Mediterranean area between Portugal, Italy, Greece, Spain, Morocco, Tunisia, Ex-Yugoslavia, Turkey and Syria.
A document without any self-celebratory appeal, which through the artifice of memory reveals with tenderness and extreme delicacy all the formative and cultural power of travel, in terms of emancipation, growth, individual and global awareness: feel the planet to understand yourself, and your garden.
A cross-section of the 70s, intimate, detached from historicist instances, before the advent of tourism 2.0. A cross-section also, from our point of view, of our European culture linked to that of the Mediterranean, seen through the eyes of a young Japanese 30-year-old, in the year of the clamorous death of Yukio Mishima.

Watch Around The World When You Were My Age on MUBI: https://mubi.com/it/films/around-the-world-when-you-were-30